The Half Beam or Grasshopper Steam engine utilises a beam anchored at one end instead of being pivoted on a central column as in the orthodox type of beam engine. The advantage of this arrangement is that it is more compact.

The piston end of the beam is guided in a straight line by means of parallel motion swinging links and pivoting end support attached to the opposite end of the beam and anchored to the base plate.

Though simplified, the engine has all the basic elements of half beam or grasshopper engines which were used by industry in the early part of the industrial revolution. These engines were also used in marine applications such as the first commercially successful steamboat, the PS Comet of 1812.

NOTE: Oak base not included. Pictures are of the finished, assembled and painted model, this listing is for the kit of parts, see picture. Also shown is the optional pulley wheel.

The cylinder assembly, chest, inlet/outlet pipes, eccentric rod and piston are manufactured from brass and the piston shaft, valve, valve mechanism, connecting rod and parallel motion links from stainless steel so are not susceptible to corrosion. The piston shaft passes through an adjustable gland.

All required hex head setscrews are included in the kit. NOTE: some screws will need to be cut/filed to length to complete the model. 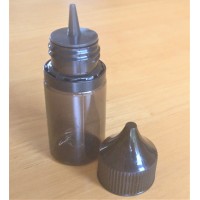 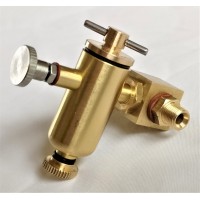